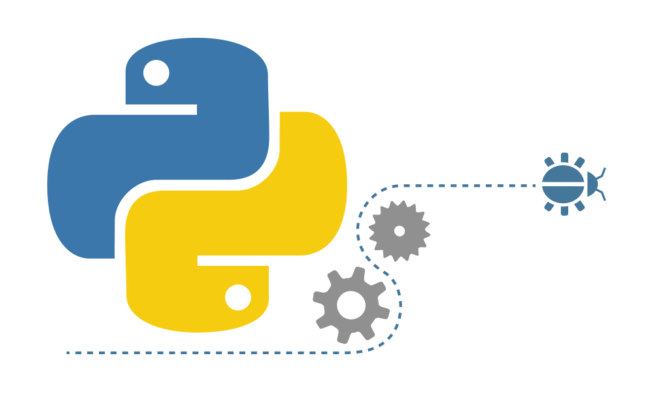 What is the Python library?

First, you should understand that Python libraries are no different from regular libraries containing books. Both are collections of information resources.

Instead of books, however, you will have access to modules that apply to your coding. All professional developers take advantage of documentation modules that are often documented for their Python learning. If there’s such an easy way, why not do it this way?

During the process of learning Python and when you start researching Python libraries, you will be immersed in the number of major and third-party libraries. There is a large collection of modules available. You may find it unsettling to decide which of them to explore. If you are trying to learn different fields on the path of programming, it can be quite difficult to choose the best library.

You should know that Python is a versatile language. It is a gem in the programming world. Because its uses will range from data science, web development, and even machine learning. If you are a beginner Python programmer, we encourage you to take the course below to gain more in-depth knowledge.

In general, the different Python libraries will include domain-specific modules. We’ll start to explore the TensorFlow, PyTorch, Numpy, Sklearn, and some other popular libraries.

Have you been trying hard to find a job as a Python developer before? In such cases, we recommend reading some Python interview questions that employers often ask. If you cannot answer them, you may be judged unprepared. Let’s say one of the Python interview questions requires a presentation about Python libraries. After reading this article, you will be able to present some key points about them.

API and Python: Best library to look at

Flask is a fast-growing website framework made for a more efficient API design workflow. This is just one of the uses for Flask.
In general, it is a framework for developing web applications.
Flash is very lightweight, provides support for unit testing and secure cookies for client-side sessions.
The developers compliment that this framework is well documented, meaning you’ll find plenty of use cases to learn.

Django is another Python-based third-party website framework.
Among other Python libraries, Djangos’ main purpose in this framework is to simplify the process of developing complex database-based websites.
The Django library offers a variety of management tools. As a result, developers will be able to generate pieces of code without having to switch to other tools.
Django REST is a framework for creating Web APIs with minimal code.

Falcon is a SWGI compliant, lightweight website framework designed to build RESTful APIs.
Beginners appreciate the documentation tutorials that provide plenty of guidance for creating your first project.
Falcon runs on any hardware and depends only on two third party dependencies.

Eve is a free Python-based REST API framework provided by Flask and Cerberus.
It enables the rapid development of unique, feature-rich RESTful web services.
The framework supports MongoDB and is highly compatible with extensions.

The IT industry is driving the development of intelligent machines, capable of exhibiting human-like behavior when it is learned. This human intelligence simulation is powered by many Python libraries designed specifically to advance computer science. If you want to make a machine think, learn, and solve a problem, keep in mind the libraries that can help make that breakthrough below:

TensorFlow is an open source library.
Numerical computation in this module integrates the use of data flow charts.
Offer another perspective on conceptualizing mathematical actions.
With this framework, you can create neural networks and train them.

PyTorch is an open source library.
It is a framework based on Lua (an interpreted programming language with a compact, cross-platform feature), designed to build production models and scale.
This module provides a wide range of machine learning algorithms.
PyTorch allows users to perform complex tenor calculations.
In addition, it is TensorFlow’s biggest rival.

Theano is a Python-based library for performing mathematical operations for multidimensional arrays.
The framework uses the GPU instead of the CPU, which leads to higher levels of productivity.
With Theano, developers create deep learning models or wrapper libraries.
Another advantage is the ability to manage the types of computations required for large neural network algorithms.

Keras is a Python-based library for developing deep learning models.
It is also compatible with other Python libraries (TensorFlow or Theano).
The main purpose of this framework is to rapid prototyping of neural networks.
Developers can experiment with deep neural networks and train them.

Scikit-learn or Sklearn is a Python-based library for building machine learning models.
It provides a variety of learning algorithms that allow for regression, clustering and classification.
Sklearn is compatible with NumPy and SciPy. That means being able to interact with different libraries for Python with ease. More information about this library will be provided in the following sections in this Python tutorial.

See more:  What is Angular Certificate?

A heated debate over the supremacy between these two libraries has been going on for a while. However, no one can deny that they are the top Python libraries. Both PyTorch and TensorFlow are designed to provide modules for machine learning, deep learning, and neural network management.

Since both frameworks operate in similar areas, there is a healthy competition between them. Let’s take a look at their main differences, their strengths, and try to resolve this argument.

These are the two “tycoons” in the IT business that created these libraries. PyTorch is a masterpiece of Facebook and it is based on Torch. And what is TensorFlow? It is a gem powered by Google. It is based on Theano. In other words, both libraries have parents who are rich and famous “tycoons”.

Support for other operating systems

The list of supported systems differs between these two Python libraries. While the addition of Windows PyTorch support has been very well received, TensorFlow still has a lot more to offer. While PyTorch supports Linux, macOS, and Window, TensorFlow is available on Linux, macOS, Windows, Android, and JavaScript. Google has released a TensorFlow.js 1.0 for machine learning in JavaScript.

When trying to resolve the PyTorch versus TensorFlow debate, it is impossible not to mention the difference in the way they handle computational graphs. Such diagrams are crucial for optimization of neural coding networks. Why? Because they make it possible to see the flow of activity and information.

With PyTorch, programmers create dynamic graphs, which are designed by interpreting lines of code that represent specific parts of the chart. TensorFlow takes a different approach to graph production. Charts must follow a compilation process. They must then run using the TensorFlow Execution Tool.

Sounds like more work to be done, doesn’t it? If you want to create a graph using TensorFlow, you will be asked to learn about variable testing. Additionally, PyTorch allows you to use a regular Python debugger. TensorFlow is not using that standard. So if it is necessary to choose between these Python libraries and want to create graphs without having to learn new concepts, PyTorch should be your choice.

See more:  How to choose Food by blood type to enhance health

First impressions are everything. While giving a presentation on your project, it’s helpful to provide accurate visuals that are easy to follow. TensorFlow provides TensorBoard developers, allowing for visualization of machine learning models. Programmers use this tool for error detection and to represent graph accuracy. PyTorch doesn’t have such functionality, but you can use tools designed for other platforms to achieve similar results.

These Python libraries also differ in their current popularity. Don’t be too surprised. TensorFlow has been around for longer, which means many programmers are using this framework for machine learning and deep learning purposes. Therefore, if you encounter a series of problems during the project, you should look to the TensorFlow community because it is larger than PyTorch.

So between PyTorch and TensorFlow, which library is better?

We have announced the end of our PyTorch and TensorFlow essay with a clear comparison score. Easier said than done, however. Programmers should choose the framework that best suits their needs. Also, here is a brief introduction to both libraries. We cannot make assumptions based on some differences. You will have to choose which framework is the best new friend in the process of working and learning Python.

You should be able to understand the general purpose of this library once you know its full name: Numerical Python (Python number). It means numerical processing modules. NumPy is open source software for creating and managing multidimensional arrays and matrices. This library includes a wide range of functions for handling such complex arrays.

So, what is NumPy? This is one of the Python libraries that provides advanced math functions for managing multidimensional arrays. By retrieving modules from NumPy, you will complete the correct and correct calculations. What is more, you will greatly improve the use of Python with these data structures.

The last example of Python libraries is Sklearn, which was developed in 2007. Last but not least, as it is also appreciated by developers working with machine learning. Sklearn (also known as scikit-learn) is a library that groups a group of unlabeled objects, estimates relationships between variables, and defines new categories of observations.

In other words, it is possible to take a large number of learning algorithms for more efficient machine learning. Free Python Library – Sklearn is a very useful tool for statistical modeling and, of course, machine learning!