by TechMody
in Phone Software

Are you always worried that someone is watching you with a hidden camera in your home or hotel? But you don’t know how to find them, don’t worry we can take advantage of available devices to scan hidden cameras. Today I will guide you how to find hidden camera with your own phone.

Are you being tracked by Hidden Camera?

Someone is watching you. This is indisputable in the current internet era. However, monitoring with personal information will be less disruptive than someone observing your actions through the hidden camera.

You are not sure that you have never been secretly filmed in public. And you are almost certain to have been captured with CCTV (security camera). You can even get into the lens of TV or Youtube channels.

Over the years, we increasingly embrace hidden cameras, security cameras, … You may not be comfortable with this, but at least you can accept it as part of keeping it safe. society. 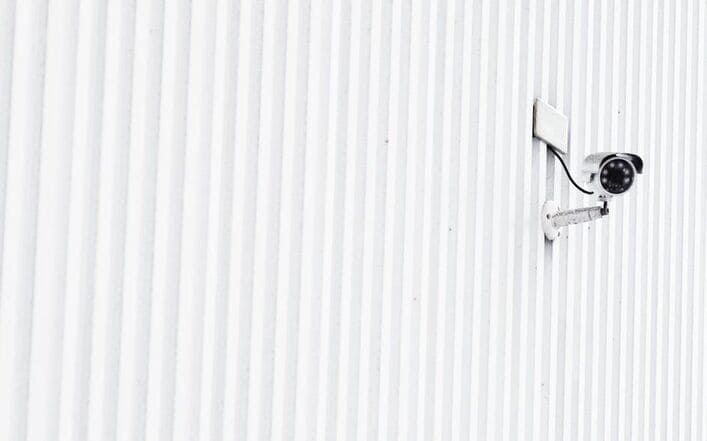 But what if you are secretly filmed near the house? Are you comfortable with surveillance cameras in the office, office room, bathroom and changing room? Or are you not wanting to have hidden cameras or be monitored?

Without prior notice of such surveillance, you may find it annoying to be recorded without knowing it. Will all your actions and actions be watched, judged or even misunderstood?

The secret recording will be done by extremely small and sophisticated cameras. Even being filmed by old phones or tablets.

The phone can detect the hidden camera

Sounds like James Bond’s 007 spy movies, but you can actually use your phone to detect hidden cameras too. We will have 2 methods:

You can use the apps below on both Android and iOS.

Several apps are available to find hidden cameras on Android.

Use iOS to find hidden cameras

Find hidden camera with your phone

Whichever app you choose, you can discover the hidden camera.

These apps often work the same way: showing the approximate location of a camera or other surveillance device. Sufficient information must be provided to give you an idea of ​​where it is located. But first, you have to enter the required information so that the app can find the hidden camera.

For example, I tried the Hidden Camera Detector app on Android. After starting the app, it will show a red dot when the phone is near the camera. You just need to follow this red dot to find the hidden camera. 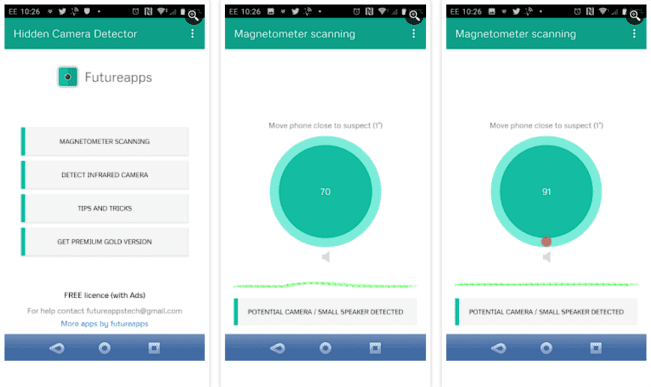 The scanner will also glow near other types of hardware, but with mixed results. A number displayed in the center of the screen will exceed 100 when the camera is detected.

This is done by pointing the phone’s camera at an area where the hidden camera might be. If a ray of light appears on the phone’s screen, it is most likely that there will be a hidden camera.

Note that when using these apps, you should first make sure you know the technology in the room. TVs, computers, virtual assistants (such as Amazon Echo), and other hardware can cause interference.

However, holding the phone properly can also improve the efficiency and speed of detecting hidden cameras too. You should hold the phone firmly, not let it vibrate, and limit the amount of extra light in the room.

If you still have problem, remove the phone case. Some materials on the case can block signals from other devices, as well as disrupt the phone’s own radiation field. Removing the phone case will give you faster, more accurate results.

You can also use other methods to find hidden cameras. For example, you can use the infrared camera to detect hidden cameras, while low-cost devices that use wireless networks may also appear in the list of nearby Wi-Fi devices in your home.

If you are still worried, you can also consider some specialized equipment. For example, the hidden camera detector has the function of detecting RF signals, detecting magnetic fields, detecting infrared, and can be used to find hidden cameras and microphones.

What to do when you find the hidden camera

You should report to the authorities as soon as hidden cameras are detected. Whatever the reason, you should leave the camera in a private place while you wait for the government’s action. Absolutely, do not throw away or damage the hidden camera, as that is evidence to accuse the perpetrator.

You can put the hidden camera inside a towel or use a cover if it’s up high. If you read this article and you still have not found the answer, you can continue reading this article.

The best AirTag alternatives for Android